Ever since we moved into our home, we didn't like the wall that acted as a railing next to the stairs. We always wanted to remove the wall and install a real railing. When our friend Jeff Brown told us he could hook us up with the materials for a REALLY good price, we decided it was time to get to work. 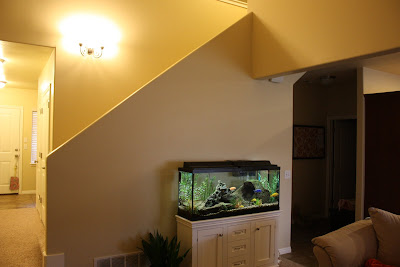 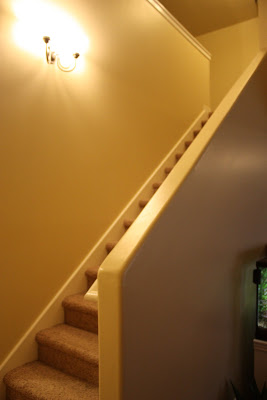 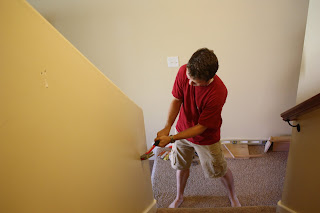 Jared took the first swing at the wall. 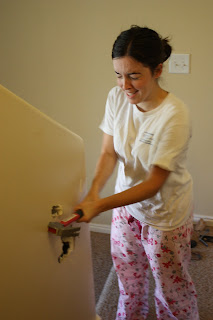 Reini took a few swings too. 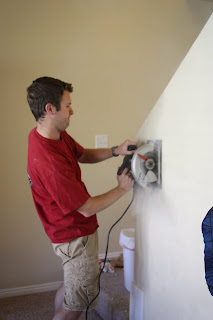 The hammer was takinig too long, so Jared got serious with the Skill saw. However, the dust it created set off the smoke alarm twice and covered the entire house with a thick layer of dust. I highly recommend removing sheet rock with a knife rather than a saw! 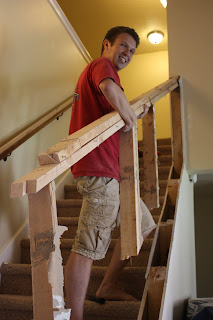 After the sheet rock was removed, the studs were the next to go. 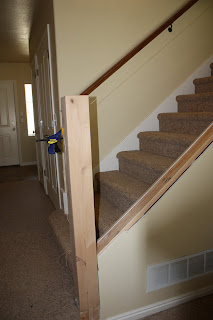 Once the demolition was complete, the building began. The box beam for the newel post was the first thing installed. 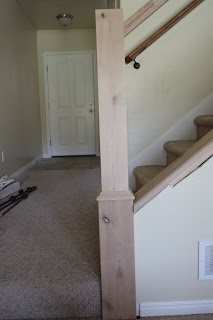 Then some trim and a skirt was added. 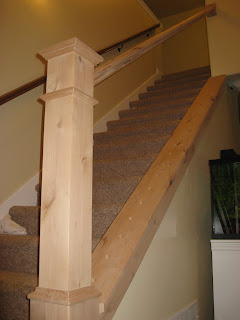 Finally, the rest of the trim, the railing, and the base was installed and ready for stain. 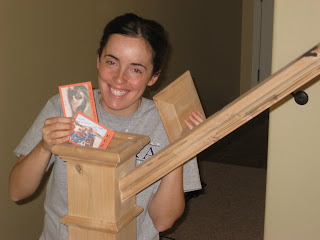 Reini made a time capsule and put it in the newel post before the cap was installed. 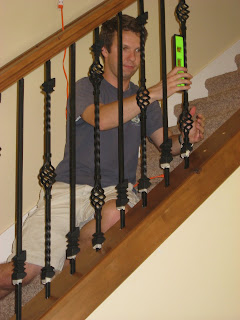 After a coat of stain and three coats of polyurethane, the metal balusters were installed. 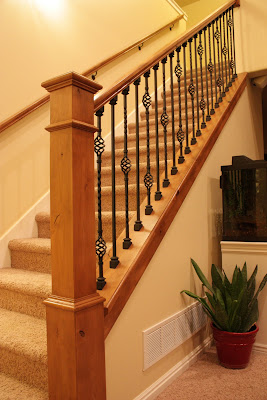 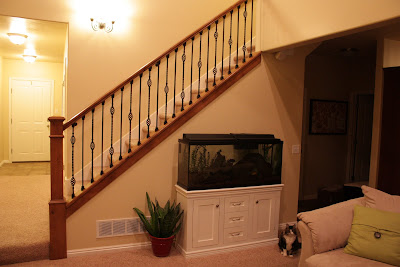 We're thrilled with how it changes the look of our home.

WOW! I am really impressed that looks amazing!!!

It's even more amazing in real life! Jared, you do amazing work! Do you want to finish our basement for us? For free? Really though, it is perfection, and it lights up the entire room!

WOW! That is so beautiful! What a difference it makes! Can I put in my order! You guys are so talented!!!

Maybe when you have time you can help me make some more of those cars....Mack is in an even poorer area in Afghanistan....they wold love those wooden trucks!

WOW! That looks awesome! I can't believe you guys did that yourselves! We might have you guys come do that to our ugly wall in our house!

And I love that you put a time capsule in the railing! You're so cute!

Your updates to your house look great! I noticed a cute cat in the pictures too!

Holy crap that looks AMAZING!! We miss you guys!!

That looks awesome! Can't wait to see the real thing.