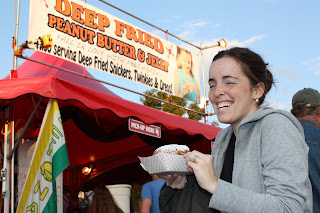 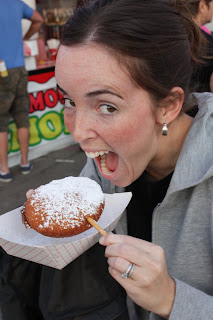 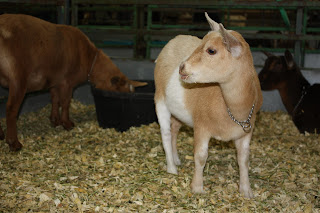 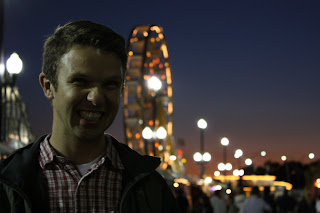 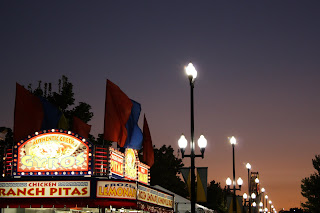 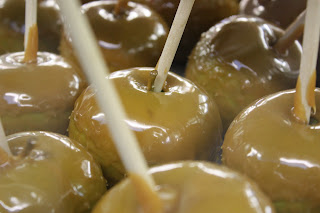 Reini and I took a trip to the Utah State Fair this week. As always, we had a blast seeing all the farm animals, walking down the midway, and watching the people. However, this year was especially exciting for Reini because she discovered a little booth selling fried peanut butter and jelly sandwiches. It has been three days since the fair and she is still drooling over it. In her words: "It was just heavenly!"

Posted by Jared and Reini at 5:16 PM 8 comments 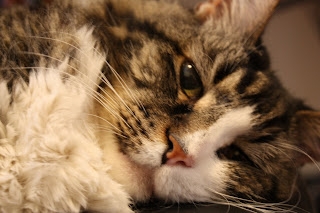 We learned a bit this week about the health problems that a 17-year-old cat can have. (Yes, that's right, our cat, Cody, is 17-years-old. Jared has had him since he was in the sixth grade.) On Monday, Cody was quite sick and lethargic. We were worried. After the first trip to the vet, we were told that his ailment may in fact be "Feline Diabetes". After an extensive and expensive blood workup, we found out that Cody does not suffer from diabetes. Also, the vet was surprised by how good his health is for a cat his age. It turned out that his illness was nothing more than a toothache caused by poor oral hygiene. On Friday he had his first trip to the dentist. The vet put him under, cleaned his teeth, and ending up pulling one tooth. $400 later he is a happy cat again!

Posted by Jared and Reini at 5:00 PM 0 comments